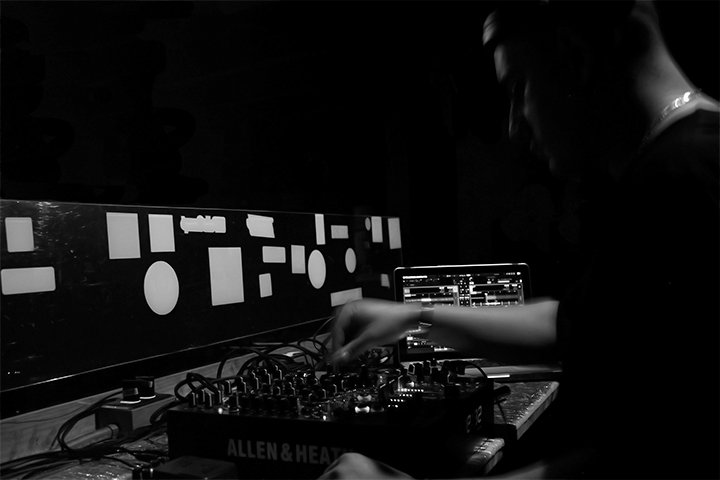 Traversable Message is the current project of Juan Pulgarín, DJ and producer of Pereira (Colombia) that begins in the world of electronic music in 2007, from that year until today, he has been constantly exploring and developing his sound until he finds his own musical identity. Its sound is greatly influenced by Techno, Ambient, Drone and Experimental music; This makes it a perfect balance between the dance floor and the mind, using simplicity as a tool for immersion in your sessions. Surrounding atmospheres with charles, kicks and deep and rhythmic drum loops, combined with analog synthesizers and drum machines that give a warm and lively sound to the dance floor or alternative spaces. Currently he has had constant presentations at the mythical Garden Underground Club (Pereira – Colombia), participating since 2013 and more frequently from 2016 until the first months of 2020, in which he has had the opportunity to play with artists such as Christian Wunch, Lewis Fautzi, Lucy, Kwartz, Marco Shuttle, Polar Inertia, Mekas, JPJZ, Chilo decks, Brayan Valenzuela, among others.
In 2018 he was invited to play in another mythical club; Utopia but this time in the city of Madrid, together with the respected Irish DJ Sunil Sharpe, plus the local artists of the Synth Techno Club project.

As a producer, he is characterized by making music with many modulations, dense bass lines and enveloping atmospheres that make his music something very special. He is part and actively works on the G89 Records label (currently based in Chile), a label where he has released his own EP as “PULSARES” and “WORMHOLE”, in 2019 he also founded the Virescence Records label focused on ambient, experimental and techno music, in addition to some works for labels such as No Way Records, Northallsen Records, Dystant Recordings Aarden Records and Solemne records.